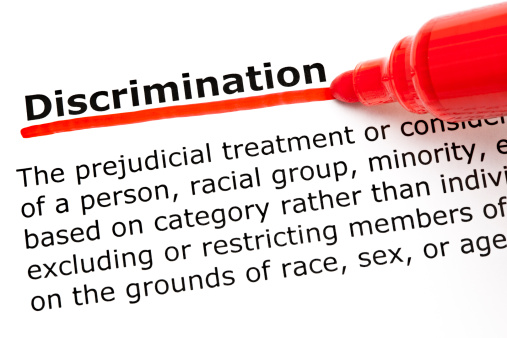 Despite no laws being on the books that specifically ban employers from discriminating against gay, lesbian, bisexual or transgender (LGBT) individuals, the EEOC has said such bias is now illegal. On what grounds?

The EEOC reinterpreted the Civil Rights Act somewhat broadly to say that it prohibits employers from taking adverse employment actions against individuals because of their LGBT status.

As you know, Title VII of the Civil Rights Act prohibits discrimination “based on race, color, religion, sex and national origin” — and the EEOC now says that sexual orientation is a status protected under “sex” in the law.

In a 3-2 decision handed down in the case of an unnamed air traffic controller versus the Department of Transportation, the EEOC ruled, “Sexual orientation discrimination is sex discrimination because it necessarily entails treating an employee less favorably because of the employee’s sex.”

An example provided by the EEOC:

Translation: The EEOC’s saying the employer took the lesbian worker’s sex into account by treating her differently for associating with a person of the same sex.

Passed over for promotion

The worker filed suit against the Department of Transportation, and the EEOC ruled he has stated a valid claim of discrimination on the basis of sex. As a result, the worker’s case will proceed.

Does it apply to private employers?

The EEOC’s ruling applies to federal employees’ claims directly. But what about private employers …  are they bound to comply with this decision? That’s a question that’s still up in the air.

Federal courts have yet to adopt the ruling — but they do give a lot of weight to federal agencies’ guidance in these areas.

As a result, despite not having more concrete language in the Civil Rights Act nor any Congress-approved changes in federal law, the safest best for employers is to assume courts will follow the EEOC’s lead in this matter.

One thing is for sure: The EEOC will be accepting charges of LGBT discrimination in the private sector and investigating them through the lens of this new ruling.

And if it feels a private sector employee is guilty, it won’t be shy about pressing charges. After all, the agency’s already made it very clear that these kinds of lawsuits are a big part of its ongoing efforts to implement the Strategic Enforcement Plan it adopted in 2012, which lists as a top enforcement priority including “coverage of lesbian, gay, bisexual and transgender individuals under Title VII’s sex discrimination provisions.”