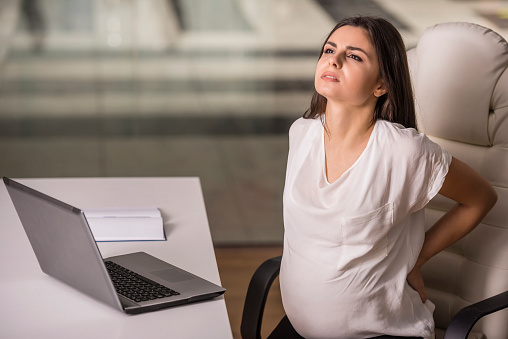 For the second time in the past year, the EEOC has issued new guidance on how to treat pregnant employees. And while the guidance is massive, the agency could’ve saved employers a lot of headaches by simply saying this …

If an employee has a pregnancy-related impairment that hinders his or her ability to perform a job, the employer must attempt to see if it can provide a reasonable accommodation that would allow the employee to continue to perform his or her job.

In a nutshell, what’s what the EEOC wants — and expects — employers to do. Period.

Anything short of that leaves you open to a discrimination lawsuit.

It doesn’t have to be so confusing

If you follow that guidance, doing your best to keep a pregnant employee in his or her job and acting like a compassionate employer, you should be fine.

The problem with the EEOC’s guidance: It’s long-winded, making it confusing and hard to digest. And to make matters worse, it spreads employers obligations across two separate laws — the Pregnancy Discrimination Act (PDA) and the Americans with Disabilities Act (ADA).

Example: The guidance begins by explaining the basic requirements of the PDA.

The PDA requires that a covered employer treat women affected by pregnancy, childbirth, or related medical conditions in the same manner as other applicants or employees who are similar in their ability or inability to work.

This statement mirrors the Supreme Court’s ruling in the case of Peggy Young v. United Parcel Service. The problem with it is that it leaves wiggle room for employers to get out of accommodating pregnant workers as long as they can prove that they don’t accommodate other employees who suffer from afflictions similar to those of pregnant workers.

However, that wiggle room is quickly taken up by the requirements of the ADA, which are explained later in the guidance.

By our powers combined …

Combine the requirements of the two PDA and the ADA and you get this: Don’t take employment actions against pregnant workers for any reasons relating to their pregnancy. In other words, be compassionate and try to find a reasonable accommodation if they’re hindered on the job in any way.

Bottom line: The only way to safely get out of having to accommodate a pregnant individual in need is to prove — beyond the shadow of a doubt — that doing so would create an “undue hardship” — and that’s not easy to do.

A final word of warning: Don’t try to base your case that an accommodation would create an undue hardship on the fact that it would be more expensive or less convenient for you to provide it. The EEOC has already said those excuses won’t fly.

If you have the time and you wish to pore of the EEOC’s latest guidance, here it is.