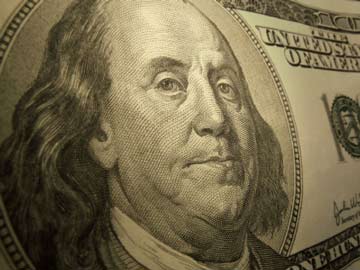 It’s possible employers could be in for more than just a whopping increase to the overtime exemption salary threshold.

From the questions it asked employers in its proposed changes to the FLSA’s overtime exemption rules, the DOL is considering changes to the “white-collar” duties tests.

The DOL hasn’t proposed any changes yet, and it has provided little in the way of clues as to what changes it’s considering — other than the indication that it’s mulling the adoption of a California-style rule requiring more than 50% of an employee’s time be spent exclusively on exempt duties for the person to be classified as exempt.

But employers are still fearful significant changes to the duties tests could force the reclassification of a great deal of employees — beyond the number of employees who’ll have to be reclassified as a result of the proposed increase in the salary threshold from $23,660 per year to $50,440.

But here’s what should have employers even more concerned: It seems there’s a good chance that if the DOL does change the duties tests, employers won’t get a chance to comment on those changes.

Several employment law attorneys, as well as former DOL administrators, recently told the Society for Human Resource Management (SHRM), that it’s possible — likely to some — that the DOL will issue duties test changes in the final rules regarding overtime regulations.

Alfred Robinson, Jr., an attorney with Ogletree Deakins and a former administrator for the DOL’s Wage and Hour Division, told SHRM that employers should brace themselves for the “double whammy” of an increase in the salary threshold and more stringent duties tests.

Is all of this legal? That may be the bigger question.

Tammy McCutchen, an attorney with Littler Mendelson and another former Wage and Hour Division administrator, told SHRM it’s possible the Administrative Procedure Act may require the DOL to give the public an opportunity to comment on any changes before they become law.

On the other hand, Allan Bloom, an attorney with Proskauer, told SHRM the DOL’s free to insert changes in the final rule.

For the time being, the DOL is mum on the subject.

So where does this leave employers?

There is one thing just about everyone does agrees on, however: Employers should brace themselves for not only an increase in the salary threshold, but also significant changes to the duties tests that would render many of those making more than $50,440 non-exempt.

It’s possible the DOL leaves the duties tests alone and implements the proposed rules as written in the short term — but all signs point to that not being the case.

And if the early indicators are correct, then the best case scenario employers can hope for is that the DOL gives them the option of adopting the salary threshold or the new duties tests — but not both — when the rule changes take effect.

Attorneys are also floating the idea that it’s possible the DOL throttles back on the salary threshold increases to make accepting changes to the duties tests more palatable.

What concerns employers the most?

Of the potential changes to the duties tests the DOL could make, employers said that the adoption of a California-style 50% rule would be most concerning to them in terms of increasing potential overtime costs.

That’s according to the Littler Mendelson Executive Employer Survey Report — for which Littler gathered 503 responses from HR pros, in-house counsel and C-suite execs.

In April and May, before the proposed rule changes were published, Littler asked these professionals to choose one of four potential changes that would concern them most.

Here are their responses:

You’ll note that this survey was conducted prior to the DOL’s bombshell that it would more than double the salary threshold to $50,440 — instead of the increase most were predicting to roughly $40,000. So it’s likely the 29% who selected the salary threshold increase would’ve been joined by many more had they expected the larger salary jump.