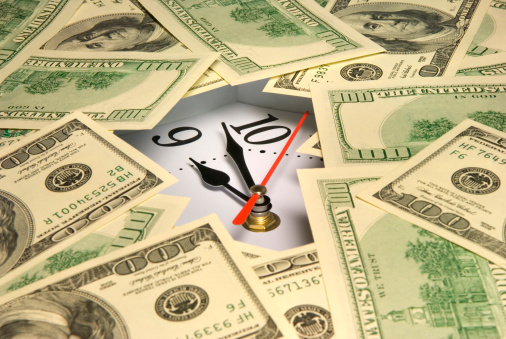 The DOL has said it expects its new overtime exemption rule changes to make roughly 4.6 million workers eligible for OT, resulting in bigger paychecks. But is that really what’s going to happen?

Talk to just about anyone who’s not in the Obama Administration, and the answer you’ll get is “no.”

While the rule changes, which President Obama ordered the DOL to make, may sound good to members of the voting public who’d like to make more for working above and beyond the standard 40-hour workweek, it’s unlikely employers will take the changes lying down.

Attorneys and consultants nationwide have been quick to point out that the vast majority of employers won’t just hand over the $1.5 billion in extra wages the DOL estimated could be generated from the rule changes.

Example: Tammy McCutchen, a former administrator for the DOL’s Wage and Hour Division who was an architect of the last revisions to the FLSA’s overtime rules back in 2004, while speaking at the 2015 SHRM annual conference in Las Vegas, said employers could adjust their pay strategies so their payroll costs don’t increase.

During her presentation, McCutchen, who’s now an attorney for the law firm Littler Mendelson P.C., said there are three main strategies employers can use to deal with the new overtime rules:

Another idea that has been tossed around, although not by McCutchen, is that employers may create policies prohibiting non-exempt employees from working overtime and then shifting work onto other employees.

No good scenarios — for employers or employees

With the odds being that the vast majority of employers will adopt one or a combination of these strategies, the rules — instead of generating more take-home pay for workers — may be creating a lose-lose scenario of sorts.

How so? These strategies, while helping employees avoid rising payroll costs, actually threaten to shrink employees’ pay and make the company out to be the enemy.

Example: Say you elect to shrink employees’ salaries to make room for their overtime hours, and you have a man who works 50 hours a week for a salary of $500. Now, you’ll have to shrink his salary to closer to $350 with the hopes that 10 hours of overtime will get him up to the $500 mark. But there’s a good chance not every week will be the same — and he may work 10 OT hours in some weeks and less in others. Under this scenario, the employee would end up taking home less money.

Example #2: Let’s say you go with a strategy in which you simply prohibit those currently under the $50,440 threshold from working OT — which you have the right to do (assuming you still pay them for any OT they happen to work). You still have to implement a mechanism for tracking their hours. This is bound to come as a shock to those who’ve spend their entire careers not punching a clock — and they may not take kindly to it.

Plus, suddenly, employees may feel as though their workweeks are becoming much more rigid. Reason: Someone once inclined to work a few less hours one week (perhaps to attend a child’s event) only to make them up the next week may now feel as though anything other than 40-hour workweeks won’t be tolerated. This, again, would put the employer in a tricky, and unenviable, spot.

Rules could hurt more than they help

Obviously, there’s still a lot we don’t know about the rules — like the changes to the “duties tests” — but if you believe employers are more inclined to adopt these cost-control strategies than allow more workers to start earning OT, then it appears the law could have the opposite of its intended effect.

It could result in workers’ take-home pay shrinking — and working conditions becoming far more rigid. And that would create a whole new set of headaches for employers.