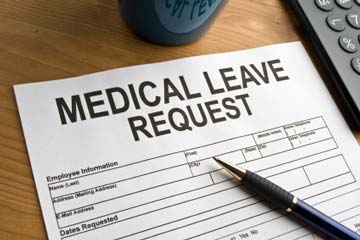 As you know, taking FMLA leave can’t completely shield an employee from termination, especially when the person’s performance warrants him or her being fired. But the FMLA very much complicates the matter. So what do you need to be able to safely let under-performing FMLA-takers go?

A recent lawsuit in which the employer’s decision to terminate an employee on intermittent FMLA leave was upheld by a federal appeals court provides a good example of when it’s permissible — and what it takes — to safely let these kinds of workers go.

Burciaga was a customer service representative, who was responsible for contacting sales representatives and customers, receiving and processing orders, scheduling shipments, and resolving customer issues.

She’d been at Ravago for five years, and was considered one of Ravago’s more experienced customer service representatives.

Earlier on in her employment with Ravago, Burciaga had taken FMLA leave on two separate occasions for the birth of her children.

Then, a about year after her last leave, she requested intermittent FMLA leave to help care for her son. Her request was granted, and she took several days off on a somewhat sporadic basis to care for her son.

During the time she was approved for intermittent leave, Burciaga began making mistakes.

A logistics coordinator was able to catch and correct some of these mistakes before customers or the company was affected. But, after being approached by Burciaga’s manager, the logistic coordinator informed him that Burciaga “habitually made shipping errors.”

Her manager then took the matter to upper management, explaining that someone with Burciaga’s experience shouldn’t be making those kinds of mistakes.

Burciaga was terminated. She was told the company couldn’t tolerate continued shipping errors because they could hurt the company’s reputation.

She then sued for FMLA retaliation.

Retaliation a form of discrimination

The court in this case said FMLA retaliation essentially amounts to discrimination — in which an employer takes an adverse action against an employee for exercising a right.

So the employer had to prove it had a nondiscriminatory reason for firing Burciaga.

After reviewing the company’s documentation, which clearly outlined the mistakes she’d made, the court sided with Ravago and dismissed Burciaga’s lawsuit.

When she balked, the court said Burciaga failed to create a “causal connection” between her FMLA leave and her firing.

Three things the employer had in its favor:

All three factors weighed heavily in the court’s ruling that no connection existed between her FMLA leave and her termination.